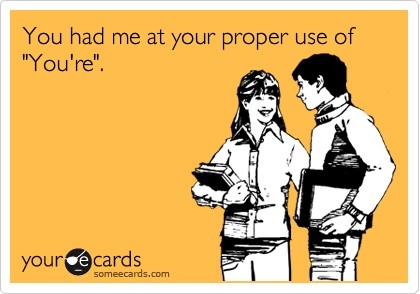 Morrison Education Center students will participate in an employment skills class session in which they will create their own Cover Letter and Resumes in the next few weeks. However, it is never too early or late to revise and improve it. One thing we would also suggest it that it’s also important to either double check your word usage or to only use words you are familiar with when making changes. When a potential employer looks at résumés, it is likely that they will be looking at dozens–if not hundreds (depending on the job and location) of résumés–causing them to set aside any documents with misused words.

If you’ve analyzed something and want to showcase it on your résumé, chances are you might want to discuss the factors that went into the analysis. While “factors” may do the job for word choice, you could bump up the vocabulary and use “criteria,” but make sure to use it correctly. Criterion = one; criteria = two or more.

A good way to remember which form to use is to either break it apart and always try to say “it is” in place of it’s or to replace “it” with a male or female pronoun. Example: Its (his/her) footprints are visible in the dust. The apostrophe (it’s) does not apply when used for possession, just as in hers/his (not her’s his’s).

Another contraction that is even more commonly misused than it’s/its–you’re/your is an important one to get right. The simplest way to make sure you are using this correctly is to either avoid using contractions completely in the résumé (not a bad idea!) or to at least sound it out when you’re writing the contraction. Your only ever makes sense as one word; you’re only makes sense when you can break the sentence into a “you are” statement. Example: You’re headed places when you can replace “you’re” with “you are.”

ALOT VS. A LOT

A lot is TWO words, although it is a common enough error that people use it as ONE word. You don’t say “alittle” or “abit” and you most certainly shouldn’t write “alot.” This would be “abig” red flag on a résumé.

Depending on the verb or noun, these words have many meanings. Affect, as a verb, means to alter something; as a noun, it relates to emotions. Example: That lecture affected me more than I thought it would.

Effect, as a verb, means to bring about something; as a noun–its most common usage–it means the outcome of a cause.

Than is used in comparisons. Example: This textbook is more boring than watching paint dry. Then has multiple applications: referring to time, in lists, and in cases of “if, then.”

A good rule of thumb is just to use words you’re familiar with. If you’re looking for a more professional-sounding résumé, employ MEC’s Career Services – we are happy to help you with your resume and cover letter questions, even after you complete our programs!

PreviousDo you have what it takes to be a Dental Assistant?
Next How MEC Compares to the Competition